In a June 1st, 2015 article StateImpact reports on the gas well fire that sent flame so high into the air that the flames were visible for miles above the tree tops. Kati Coleneri reports, “Fires at two wells in Dunkard Township, Greene County burned for several days before they could be extinguished, but it took more than one week to find the remains of Ian McKee, 27, a contractor with Texas-based Cameron International who was killed in the blast.” 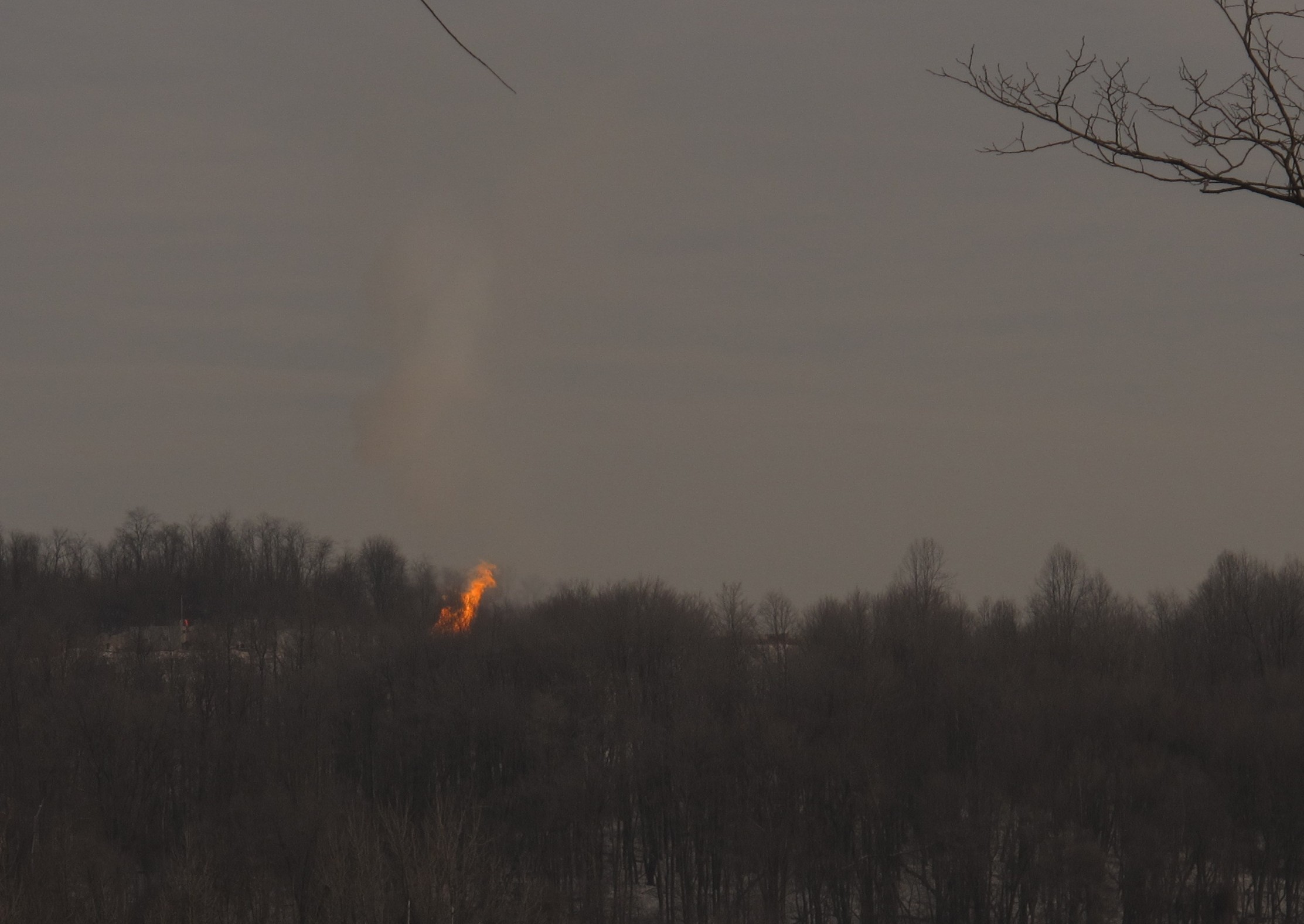 Reports like this underscore the hazards of drilling anywhere near where people work or play. The $940,000 fine and the $5,000,000 settlement with McKee’s family dramatize the magnitude of the risks. Little wonder that insurance companies and mortgage lenders shy away from drilling sites. It also underscores how woefully inadequate the proposed ordinance being considered by the Jointure would be if enacted. It provides for unspecified insurance, and a maximum $50,000 financial security, described as laughable by critics.

As a former firefighter I confess I have no idea how to fight such a blaze. I don’t imagine that the first responders of our local communities do either. Well fires often require special teams to be flown in who are equipped with tools and techniques to snuff the flames and cut the flow.

I was shocked to see that PA State investigators were denied access to the site for two days and that there was no penalty assessed for doing so. What protections does state DEP oversight offer if a company with apparent violations can prevent the regulators from inspecting? It suggests that the gas industry has way too much influence in Harrisburgh.