I was at the live presentation and I highly recommend that you watch the video.  Professor Ingraffea, like so many brilliant scholars, makes his talk interesting and at times amusing despite its complexity. This lecture is very accessible and rigorously grounded in factual information.  You can trust Ingraffea’s analysis, and if you are skeptical, you can go right to his sources. I’m eager to get this link up on the site now, and hope to make time to review it and quote some highlights later. Many people see stewardship of our environment as a moral issue. The world’s great religions call their followers to love one another and be stewards of all creation.  Climate disruption has moral and social justice implications that are the common concern of all faithful people. The forum announced in the flyer below affords a great opportunity to explore and discuss how faith informs our efforts to ensure a safe healthy planet for future generations. 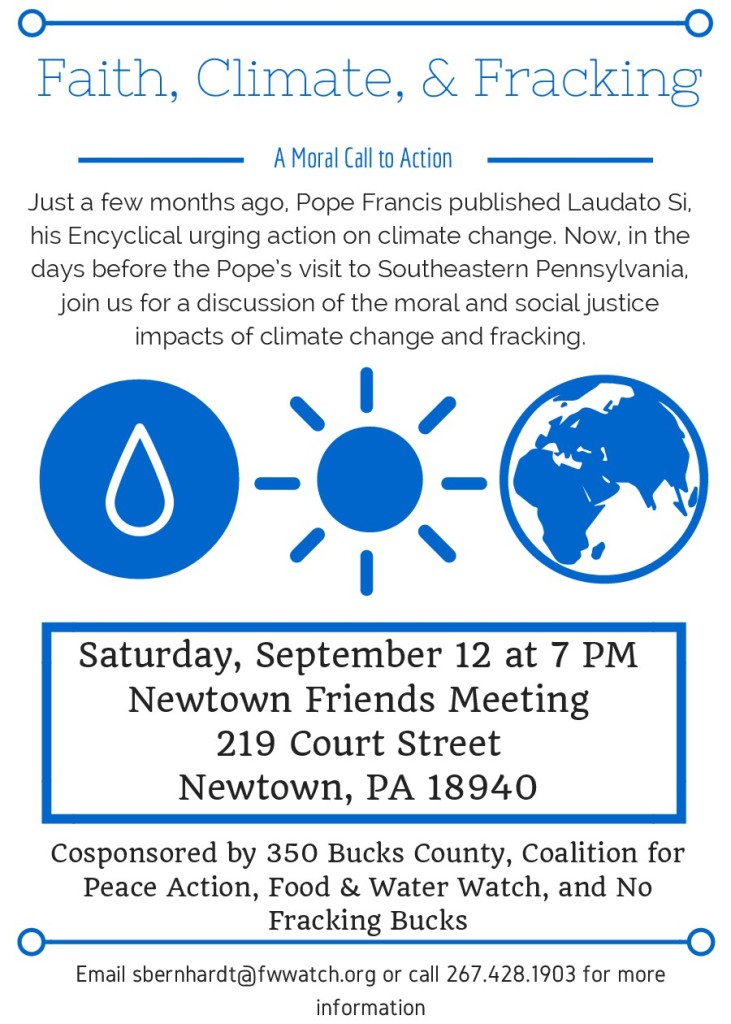 The call to environmental stewardship is nearly universal. Citizens Climate Education has published a book of statements by world faith leaders titled Faith Based Statements on Climate Change. Copies are available from them – 1330 Orange Avenue #300, Coronado, CA 92118; 609 437-7142. 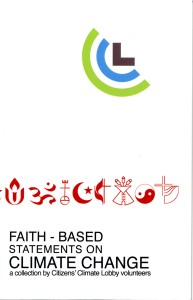 That oil and gas interests might be reluctant to accept information pointing to the end of the fossil fuel era is completely understandable. But the just released report by the Union of Concerned Scientists titled The Climate Deception Dossier documents decades of deliberate deception aimed  at sewing doubt in the media and the public’s perception of climate science.  The report reveals industry  internal secret documents that prove there has been a strategy to hide the truth. It’s little wonder that so many politicians today find it easy to deny the opinion of 97% of the scientific community. They’ve been blinded by money and duped with lies.

Proof of decades of deception by fossil fuel industry: Union of Concerned Scientists.

I can’t improve on the summary that appears in the summer issue of UCS’s journal, so I urge you to read it for yourself and then browse through the report that it announces. Although those few who have been close to the issue for years knew of various elements of the deception, the strategy was largely successful and history may yet look back upon the years since 1988 as the beginning of society’s greatest and most disastrous propaganda lies.

For those who follow NoFrackingBucks.net there is a disturbing confirmation that the oil and gas industry is ruthless and unrelenting in its hunger to expand regardless of the cost to society and future generations.  Although our focus is very local, the menace is global and it will touch everyone – especially the poorest and most vulnerable nations.

We must consider both actions and words in weighing arguments about fossil energy. On the fracking issue, the industry has gotten legislation to exempt itself from regulations aimed at protecting the environment, and has succeeded in getting other legislation that severely limits the ability of local government to protect municipalities from the ravages of gas and oil extraction. These self-serving legislative campaigns are perverse and destructive. The deception and amoral (some might say psychopathic) campaign to discourage society from acting prudently in the face of a clear danger is a disgrace. If you agree, take the time to phone your state representatives and your US senators and congressman. Tell them to read the evidence and see for themselves how we all have been duped. Demand that public policy reflect climate reality.

Vote your conscience when the time comes.